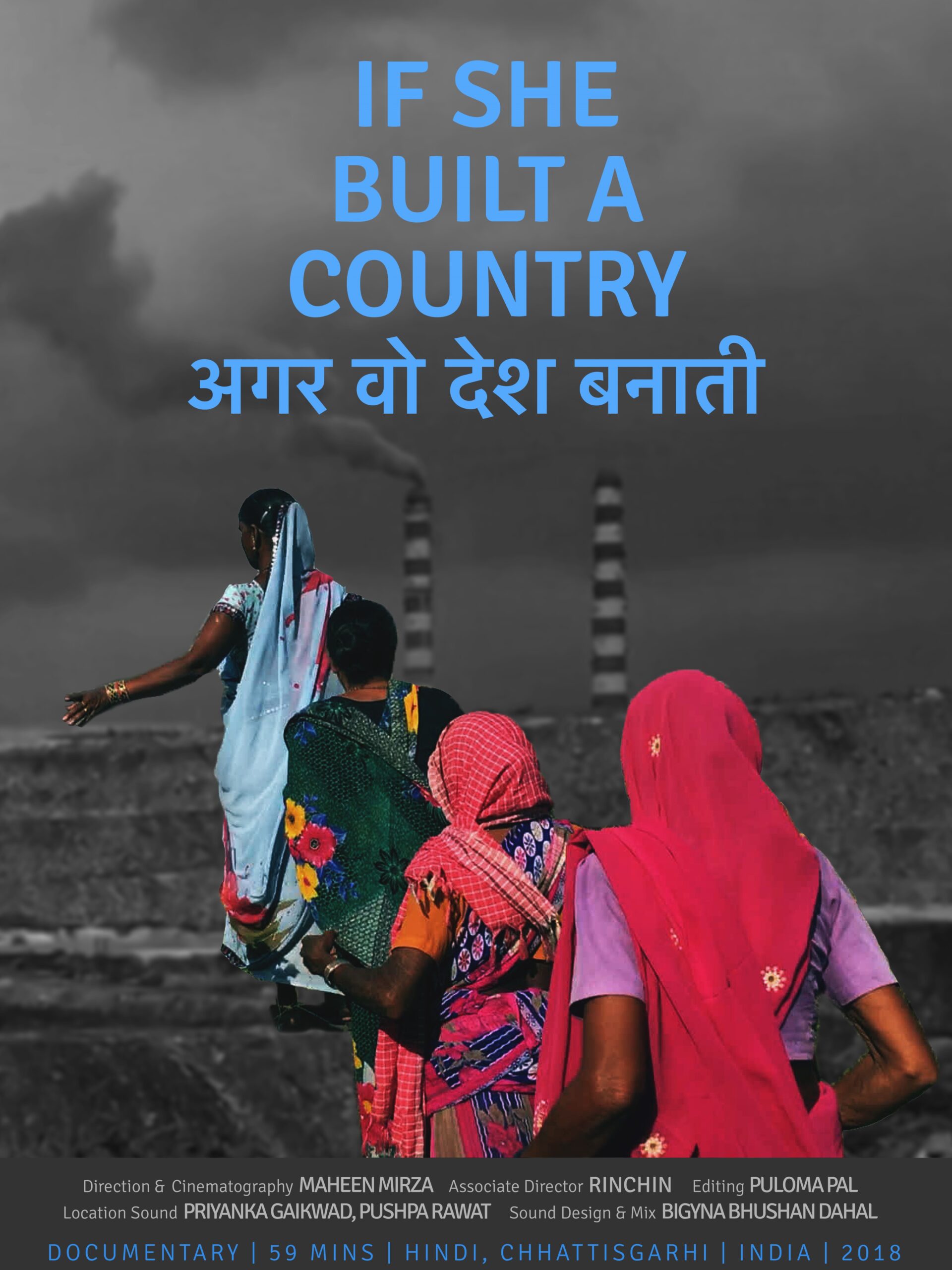 Walking behind them, through the coal mines that have ravaged their lands and lie now like open wounds, the film follows the stories of the brave tribal women of Raigarh, as they struggle not only to save their lands and livelihoods, seeking justice for themselves, their communities and the generations to come after them, but also, as they reimagine a future for us all, asking one of the most brutally honest and pertinent questions of our times – what does development really mean?

For over a decade now, private and public mining corporations have been encroaching upon and digging up the coal-rich forested lands of North Chhattisgarh – sometimes by blatantly violating the law and at other times by circumventing it, but always, at the cost of lives of the most marginal of peoples. They have displaced whole villages, polluted the lungs and bodies of whole populations and dispossessed whole generations from what is rightfully theirs, all the while making profits from the sale of coal. The true costs of production, however, have been borne by those who have both laboured for and resisted against the process of extraction – the women at the forefront of the struggle, into whose everyday lives the violence of this extraction is folded.

maheen mirza is a cinematographer committed to cinema that is born of collective practice. She has worked with several organisations and peoples’ movements on socio-political and educational issues, and has made fiction and documentary films across the country.  Her work strives to challenge the grammar of commercial cinema and serves to nurture a culture of independent filmmaking.

Rinchin writes stories, film scripts and pamphlets. She works in Chhattisgarh and Madhya Pradesh on socio-political issues especially with the anti displacement peoples’ struggle. For over two decades she has been a part of the women’s and queer movement.

Both are a part of ektara collective, a strong proponent of the independent cinema movement that seeks to build inclusive & collective cultural spaces.