Project Hanigalu seeks to develop and pilot a tool using which urban residents can plan for water security.

Project Hanigalu seeked to develop an interactive tool for improving understanding of and capacity building in water management in citizens. The drinking water crisis in many parts of Bangalore during the summer of 2019, was just one reminder about the intersection of urban governance and management of a natural resource against the background of climate change.

Constitutional provisions exist to involve citizens in the governance of a city, but we know that the utilization of these spaces has remained stunted. Similarly, methods and tools for citizen participation have remained largely underdeveloped. It is against this background that the project planned to pilot a training tool to engage and train young adults in understanding the aspects related to water security planning.

The context of the narrative was to be set in a small city. Paanipura emerged as the city setting the context for the tool, and it was conceived as a scaled-down version of Bangalore.

Hanigalu is a simulation tool developed to build capacity among young adults in water security planning by exploring different scenarios and trade-offs related to water security and improving it at the local level.

This project has been successfully completed. 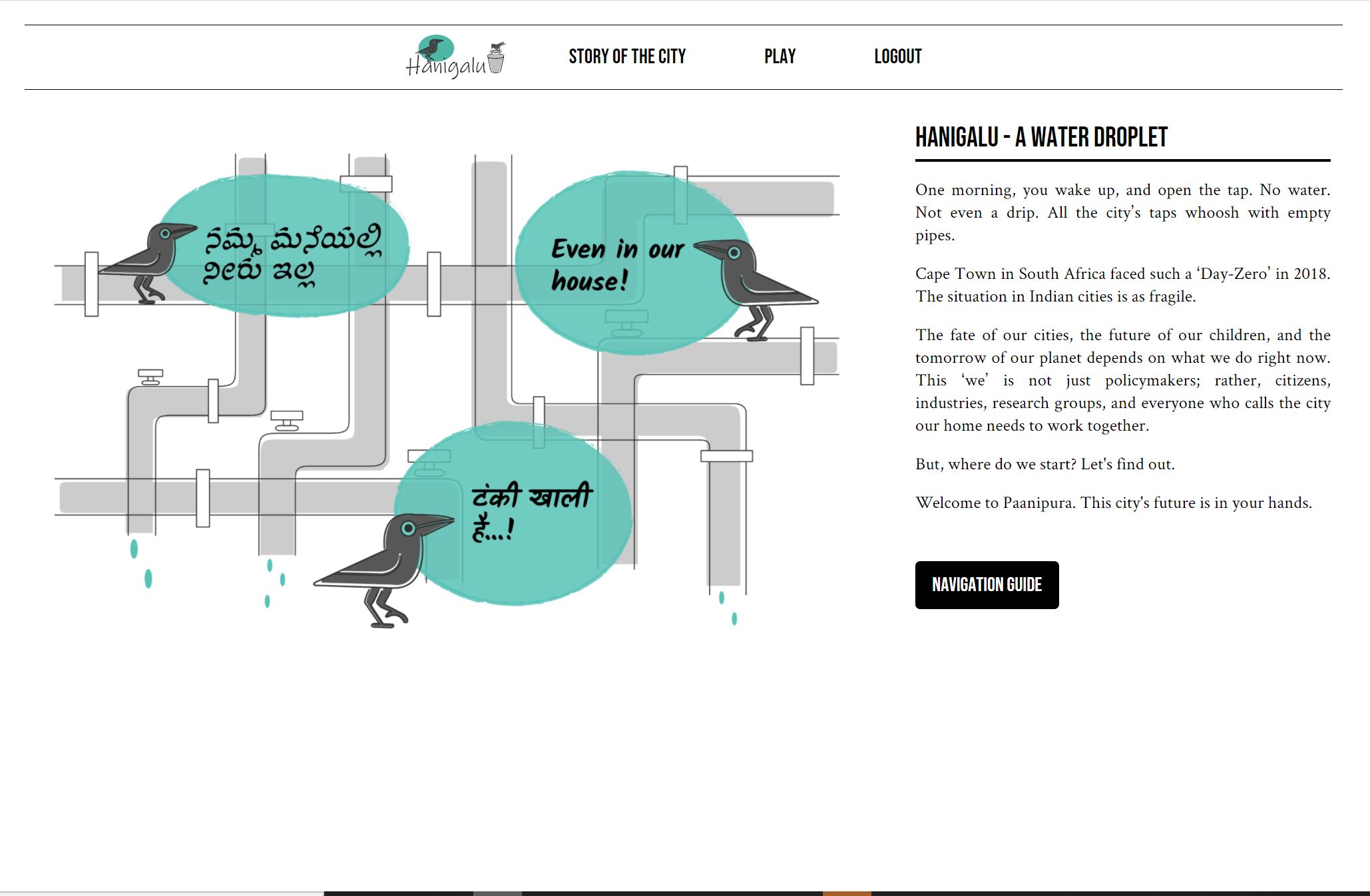 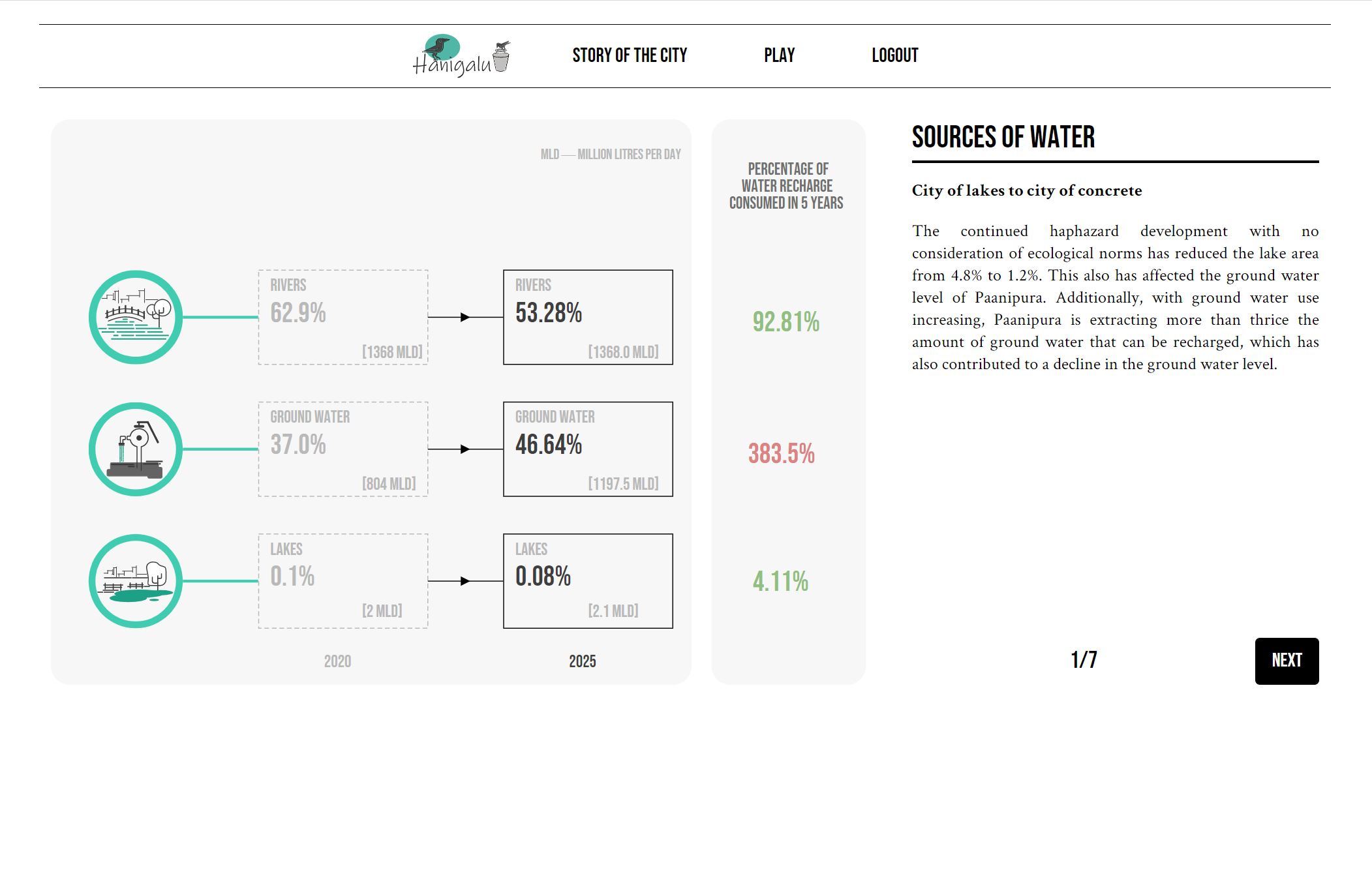 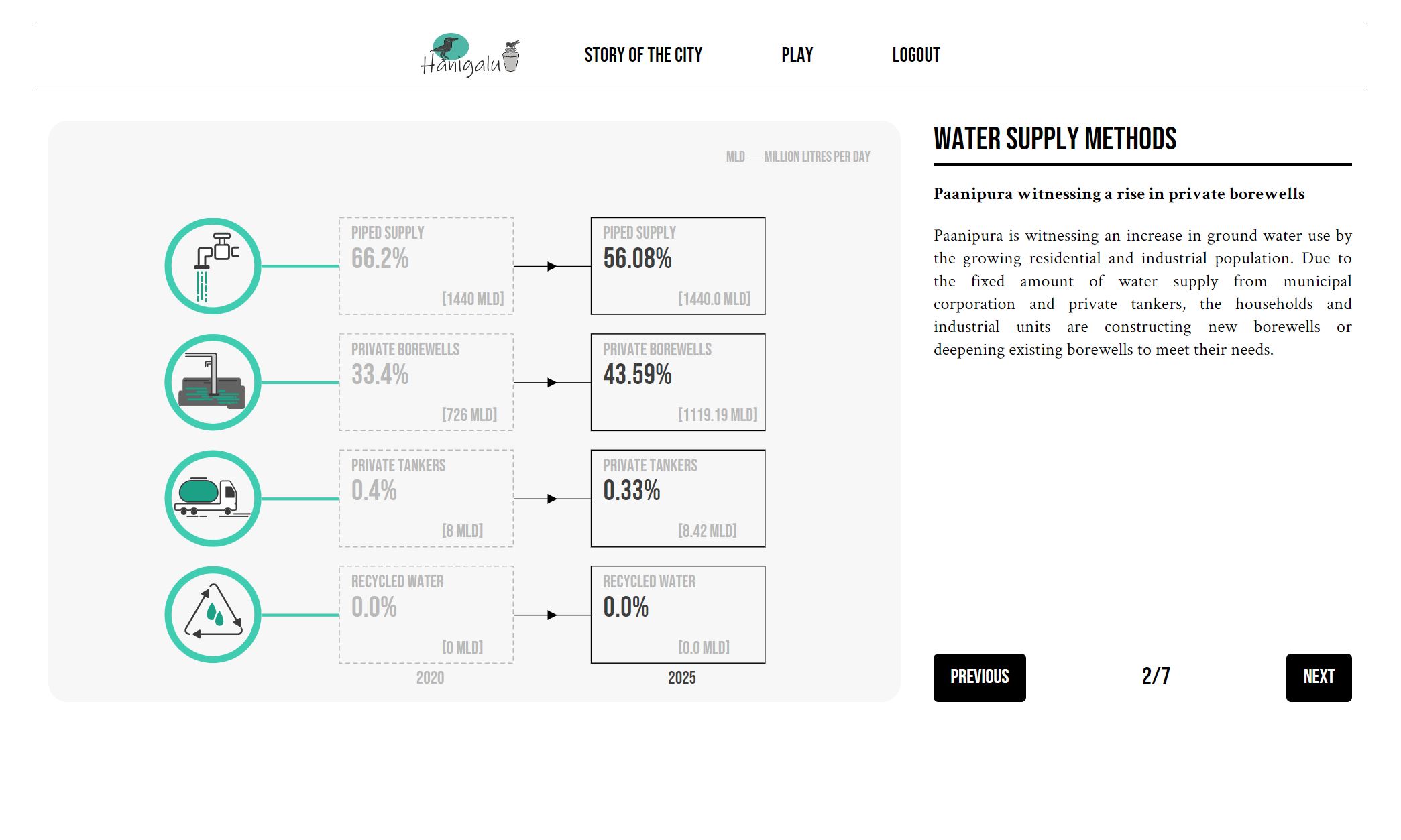