‘Energiewende’ Or ‘Energy transition’ in English is a traveling exhibition on the German’s approach to transition from fossil fuels to renewable en-ergy while increasing energy efficiency at the consumer’s end. The exhibition was hosted by the Bengaluru Sustainability Forum, Sci-ence Gallery Bengaluru and the National Center for Biological Sci-ences (NCBS) and commissioned by the Indo-German Energy Forum (IGEF) and the German Consulate General Bengaluru.

The exhibition saw about 800 visitors across age groups, from within the campus community and outside. Elios Sprung (Indo-German-Energy forum) gave tours for school classes and university visitors, answering questions around energy generation and production. The NCBS in-house team gave an overview on energy usage on campus. The numbers came as a surprise to many in the audience and have hence led to significant reduction of energy usage.

The exhibition concluded with a quiz on renewable energies, held by Berty Ashley. Some of the quizzers went home with a solar powered power bank as a reward. The campus improv group tailored a session to renewable energy, inspiring the audience to put on their thinking caps. The German Consul General, Mrs. Margit Hellwig-Boette and the Director of NCBS, Prof. Satyajit Mayor gave concluding remarks. Saptak Ghosh (C-STEP) introduced a collaboration with BESCOM where the rooftop solar potential across Bengaluru is evaluated and made accessible for every citizen.

This exhibition was hosted on NCBS campus by Bengaluru Sustainabil-ity Forum, Science Gallery Bengaluru, InSTEM and NCBS. More information on the exhibition can be found here: www.energiewende-global.com 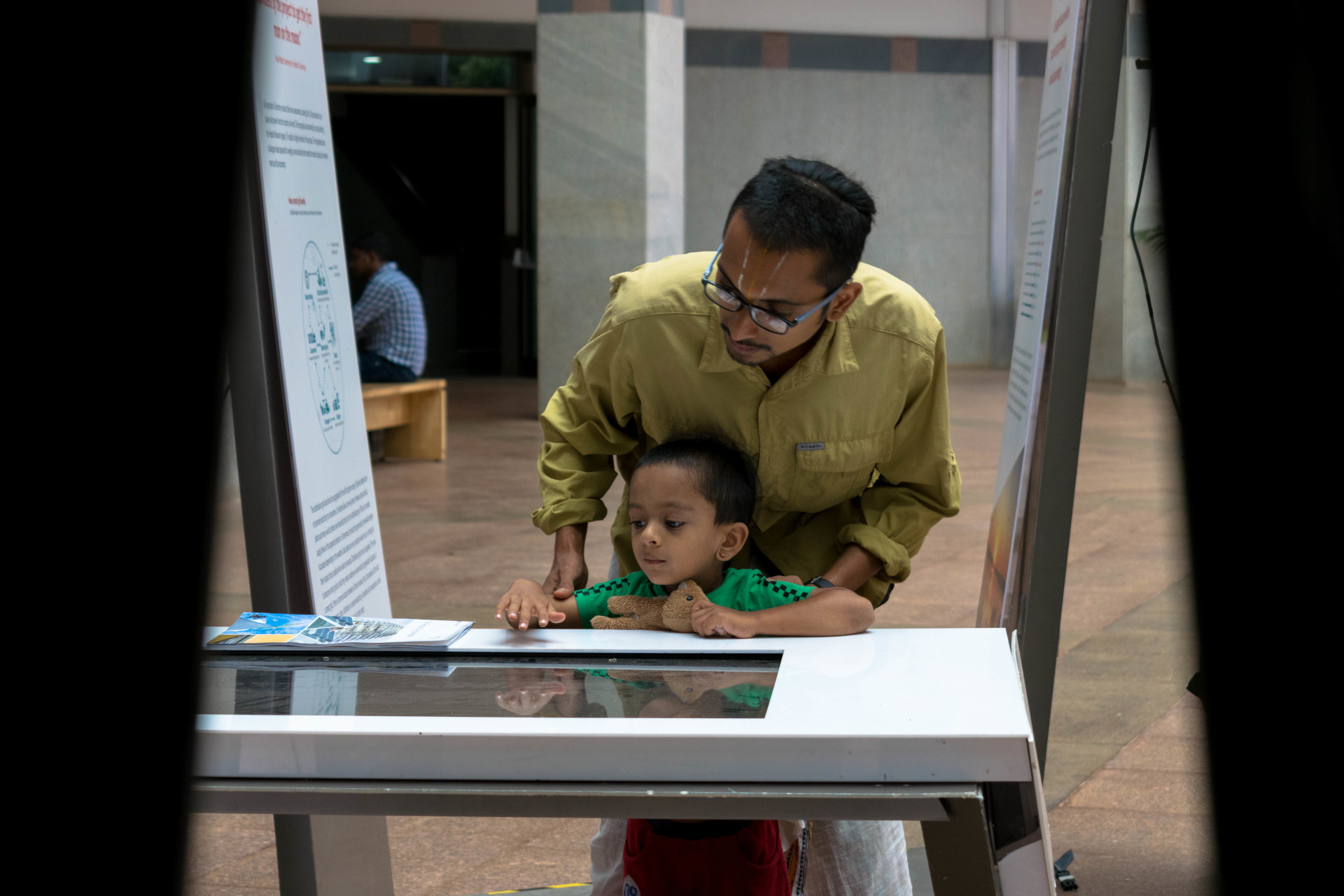 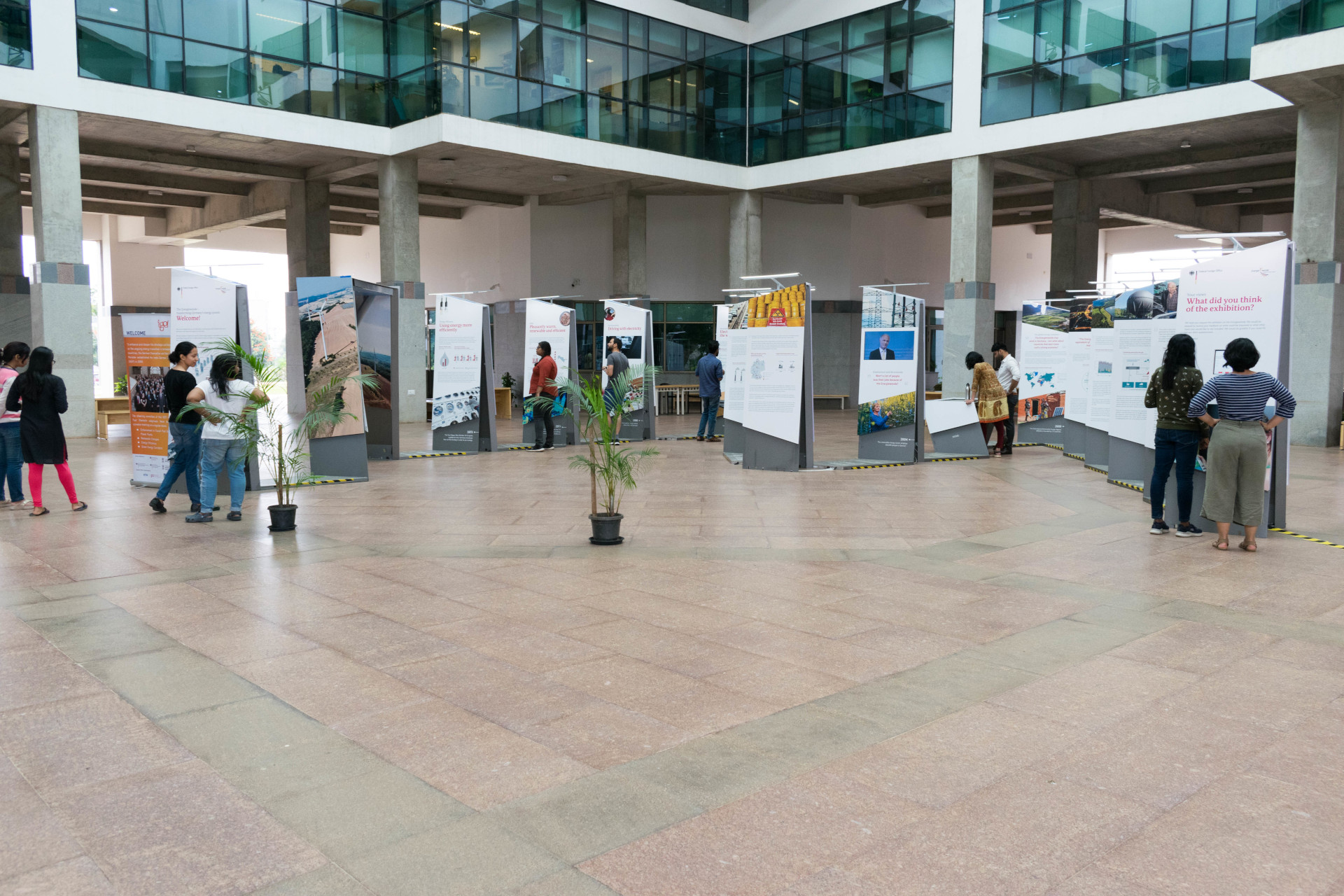 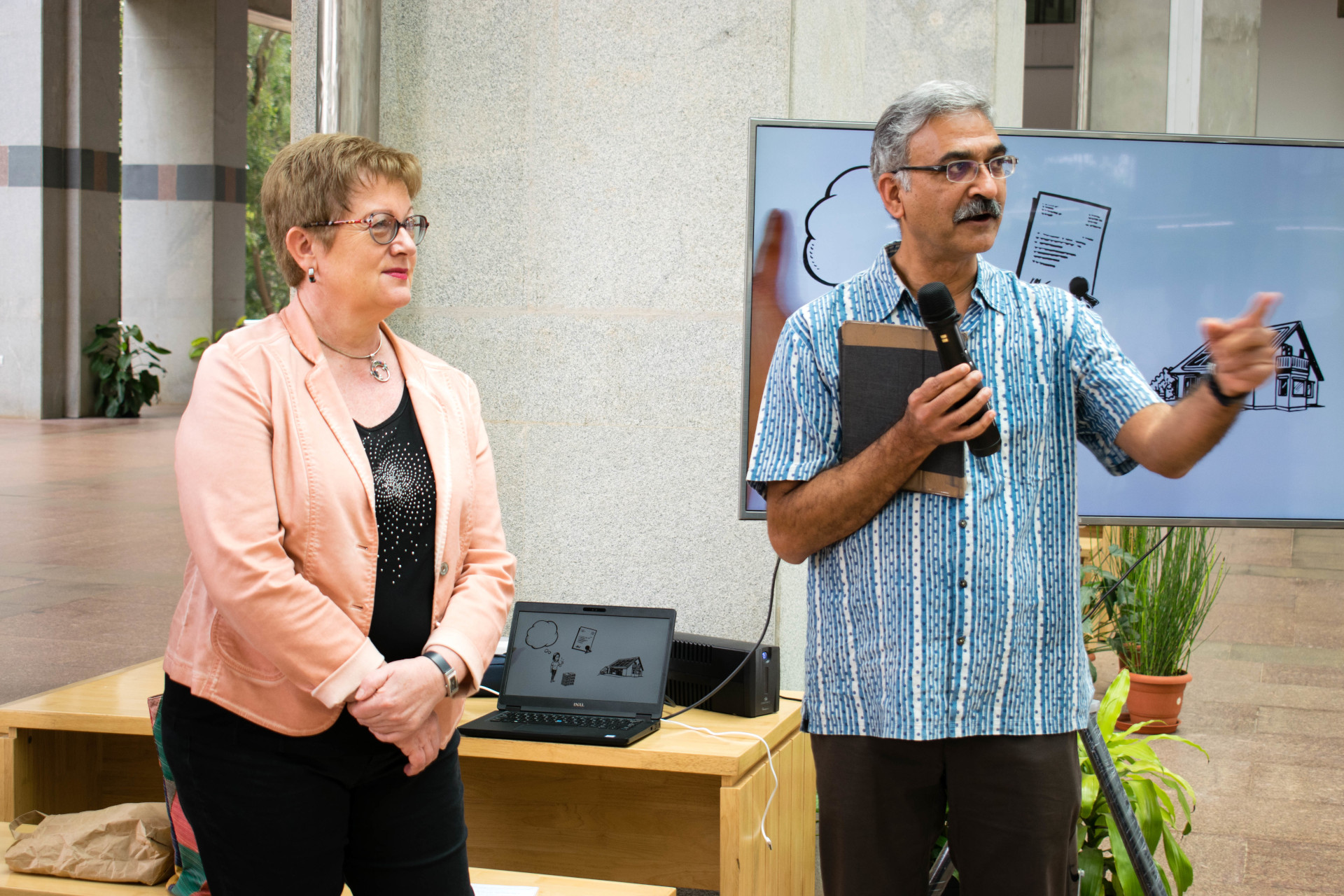 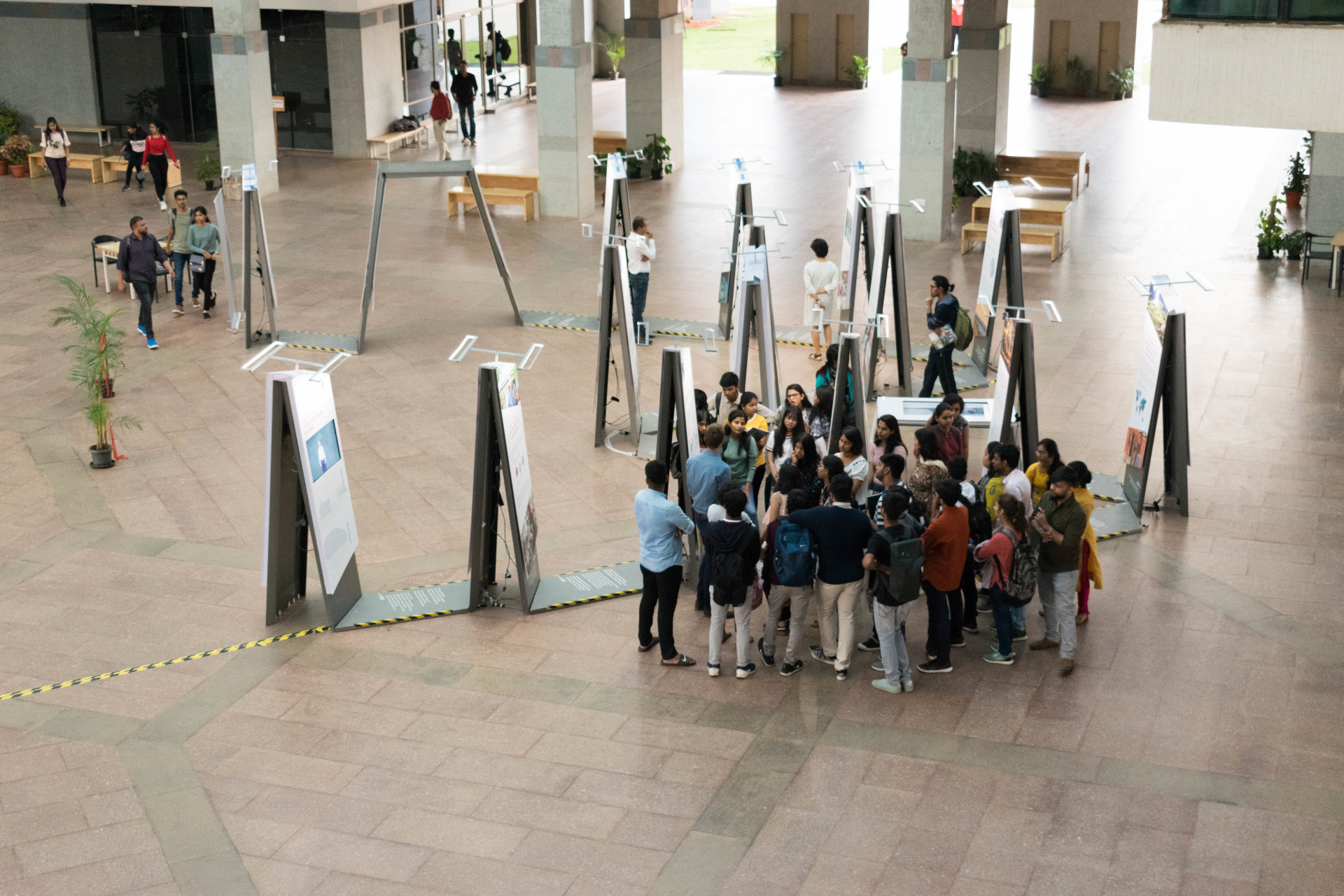 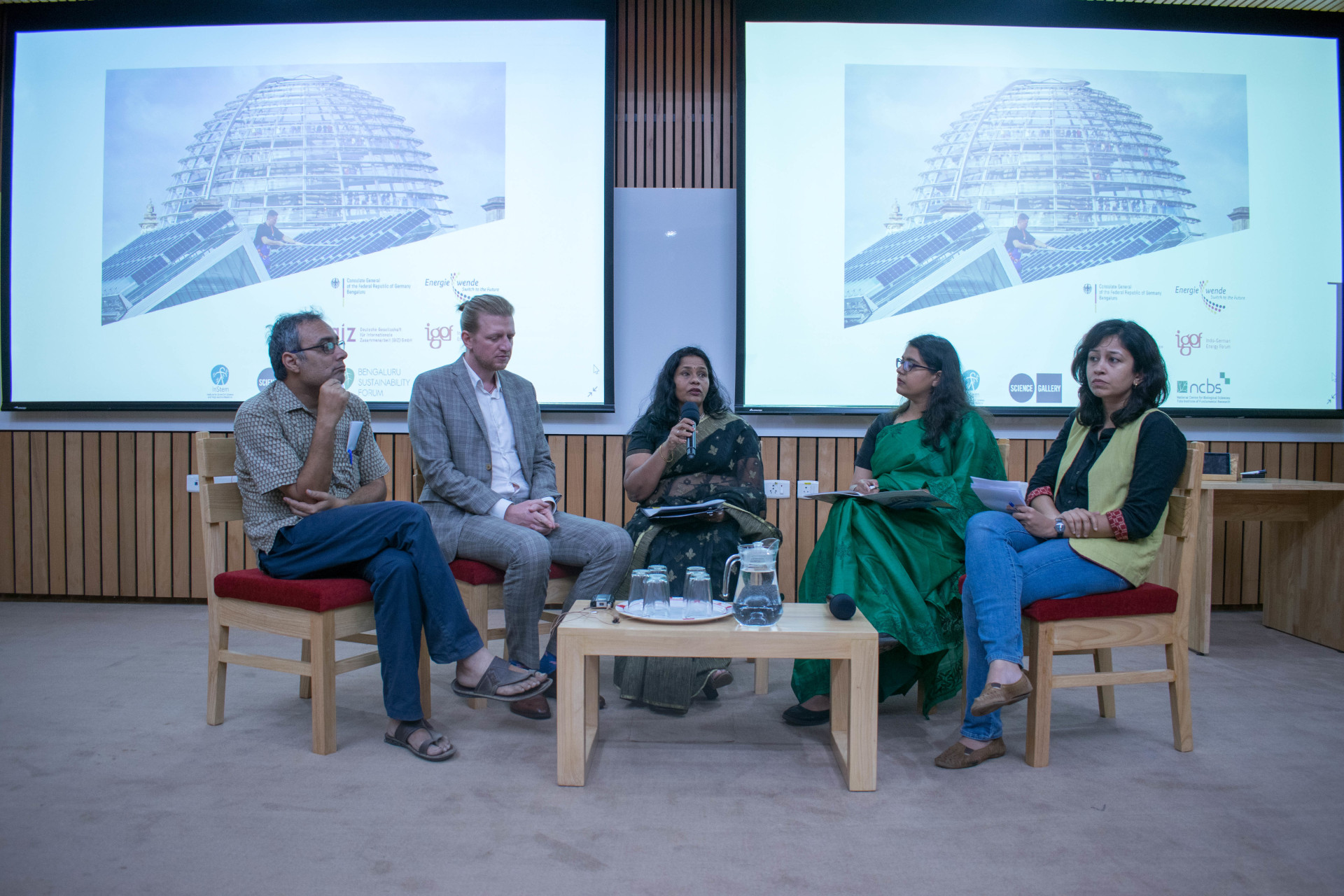