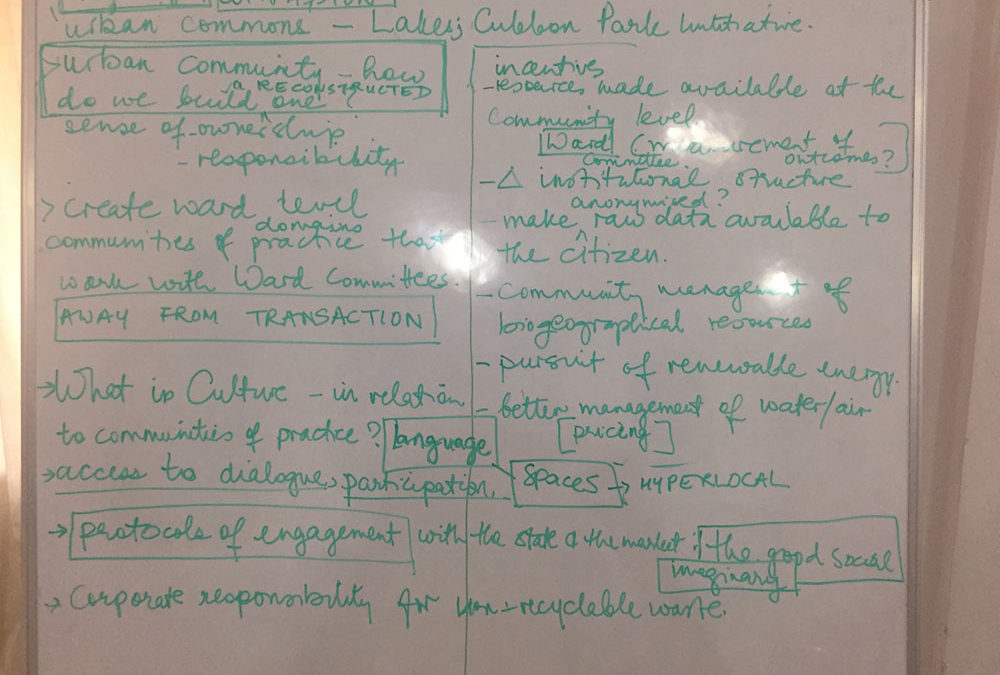 The objective of the retreat on “Urban Climate Change” was to have interdisciplinary conversations on the areas climate change touches and influences specifically in the urban context. The keynote talks looked at the socio-economic challenges, the biological and ecological aspects and the urban infrastructure. The breakout sessions were guided by the questions of status quo in Bengaluru and the possibilities and challenges with respect to climate change mitigation and adaptation in our city.

Following key points were discussed during the retreat:

Participants of this retreat