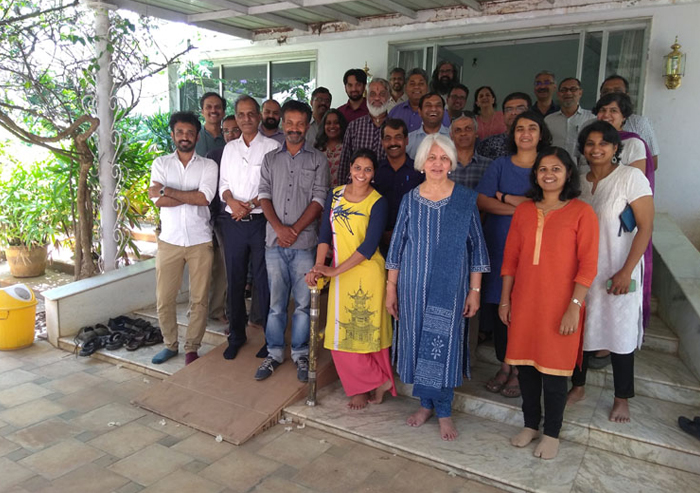 At the onset of the retreat, the need to understand the broader picture of Bangalore in the context of regional growth was felt. As a result an overview and broad introduction to the water retreat and locating Bangalore with water requirements, migration, urbanisation helped place Bangalore in the larger spectrum of water management.

To understand and map the normative concerns with respect to water a short presentation on the possible concerns that could arise were discussed. Namely, what comprises long term sustainability; the effects of climate variability, such as, droughts and floods; issues on equity and access; the outcomes of economy growth and jobs and concerns of public and environmental health. The forum was then separated into smaller groups to allow for discussions on possible normative concerns that was connected to water.

This led to the next breakout session to discuss the different themes under water; what the issues & causes were. After every breakout session a plenary session was held to allow for rich discussions on what each group felt. Leading from the normative concerns, the different themes discussed were the common and ever depleting resource – Groundwater; which gave rise to the need for New Sources of water; the problem of wastewater – Wastewater management; the storage of wastewater – Lakes & Biodiversity in cities were discussed; the issues of equity were addressed through Access to Water and the usage of water by different sectors were considered in Consumption of water.  Delegates were separated into the 6 themes for discussion in smaller groups. The plenary session addressed what the key issues and causes were for each theme and possible interventions for them. Through these discussions the emerging interventions were highlighted. Day 2 saw the forum being divided into groups to discuss key interventions. The key interventions that emerged from the participants were: decentralised Wastewater managememt; New sources of water; Cap on Groundwater extraction; Multiple uses of lakes and the genesis of a Single agency to manage water.

The entire forum was arranged in to 3 breakout sessions to allow organic conversations and discussions. It was followed by a 3 respective plenary sessions with report backs from each group and a platform for deliberations.